War, What Is It Good For? Ancestry Records!

If there is anything war can be good for, it may just be helpful in your genealogy research – that is to say, finding information through military records!

In one branch of my family tree there is a particularly sparse amount of available information about my ancestors.  The other day, I stumbled onto a family member I didn’t even have in my family tree by finding a military record from the War of 1812.

This record was invaluable to me as it listed my ancestor’s basic information such as birth, hometown and full name as well as the company he was enlisted in and physical locations he had served throughout the war.  Although the record did not indicate what battles he fought in, I was able to research the corresponding locations and date and see what battles occurred at the time.

It was interesting to me how patriotic and proud finding this information made me feel.  I didn’t even know about this ancestor and yet discovering him and reading about his service to his country and what possible battles he may have fought in suddenly became very important to me. 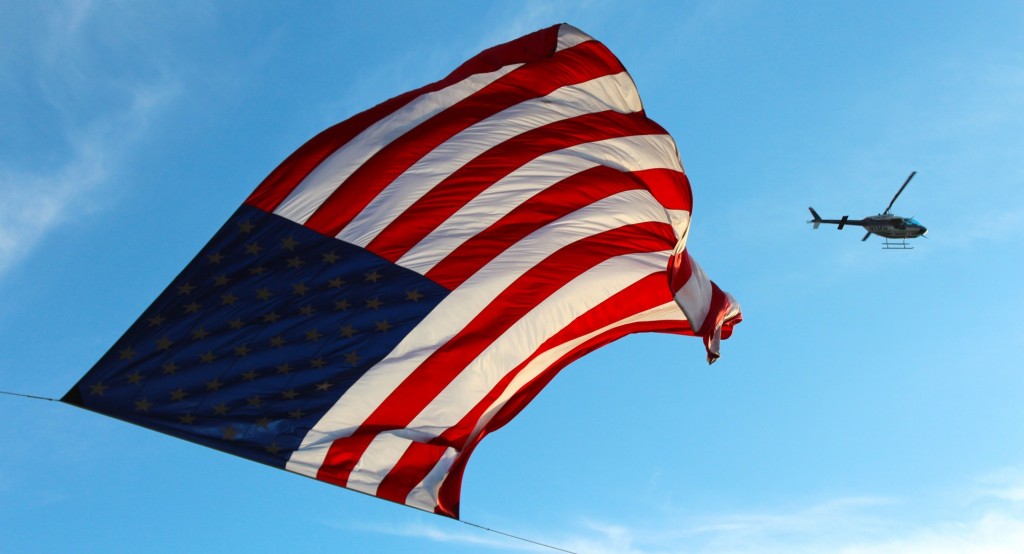 Finding out that an ancestor has served in the military both during war and peace can be one of the most helpful finds in piecing together your family tree.

Information that is often found on military records includes:

To start searching often one only needs to start with a name.  For example, if you were looking for a “Peter Jones” you would first go to a name search page such as ancestrydata.com and find results on multiple sites for records for your specific ancestor.

From there, you will be lead to multiple sites and resources that have various records on your ancestor, often including military records.  On searching a “Peter Jones” from the Ancestry Data Name Search I found a link to military records on familysearch.org 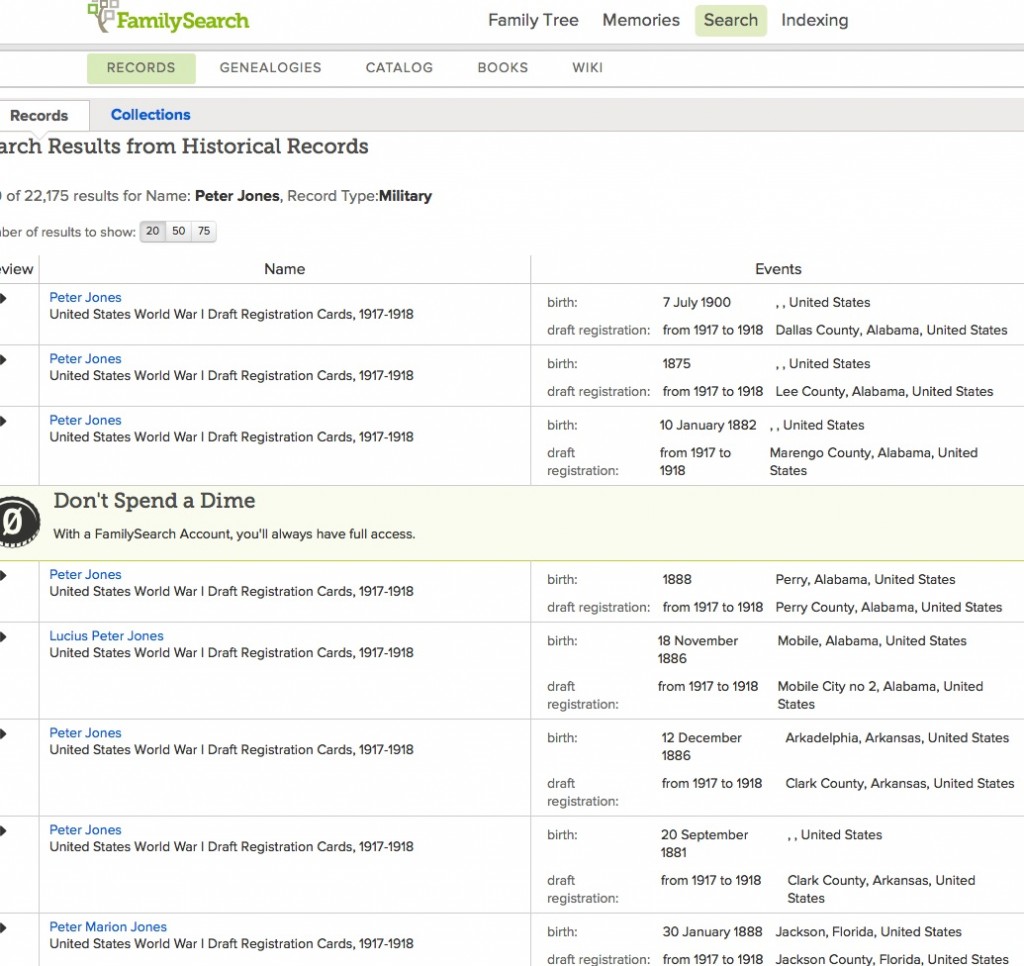 Another great place to look for military records is in government archives and can be found online at places such as archives.gov.

archives.gov  lists information that is available on government military records:

Compiled service records consist of an envelope containing card abstracts taken from muster rolls, returns, pay vouchers, and other records. They will provide you with your ancestor’s rank, unit, date mustered in and mustered out, basic biographical information, medical information, and military information.

The National Archives also has pension applications and records of pension payments for veterans, their widows, and other heirs. The pension records in the National Archives Building in Washington, D.C. are based on service in the armed forces of the United States between 1775 and 1916. Pension application files usually provide the most genealogical information. These files often contain supporting documents such as: narratives of events during service, marriage certificates, birth records, death certificates, pages from family Bibles, family letters, depositions of witnesses, affidavits, discharge papers and other supporting papers.

Bounty land warrant application files relate to claims based on wartime service between 1775 and March 3, 1855. If your ancestor served in the Revolutionary War, War of 1812, early Indian Wars, or the Mexican War, a search of these records may be worthwhile. Bounty land records often contain documents similar to those in pension files, with lots of genealogical information. Many of the bounty land application files relating to Revolutionary War and War of 1812 service have been combined with the pension files.”

Government military records are a helpful and accurate way to gain insight into your ancestor!